Forever the inspiration behind all I do, my happy hounds are the best teachers and students I could wish for! 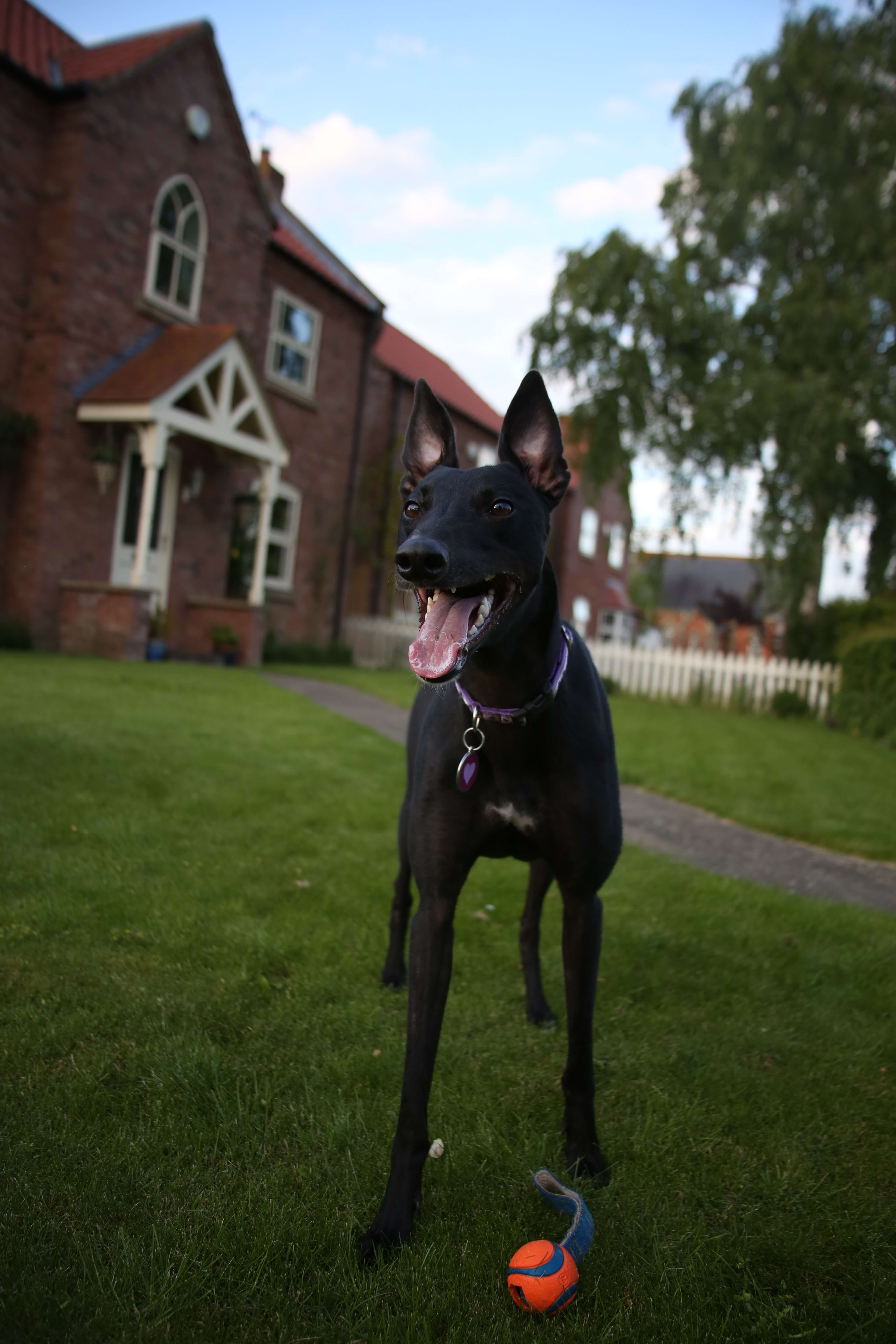 Ava is a pure-bred greyhound who was the result of an accidental mating in racing kennels, and joined Susan’s family when she was 13 weeks old.  In the UK, you don’t tend to see many greyhound puppies (most are born and remain within the racing industry until they retire), so Ava certainly gets her fair share of attention.

Ava enjoys her training, and Susan is able to put her knowledge and skills to good use in helping to ensure that Ava gets the best start in life.  Ava is being trained to recall to a whistle and enjoys clicker training, trick training and scentwork.

Ava (along with Susan) is also the first greyhound (in the UK) to achieve Talking Dogs Scentwork Accredited Handler Status! 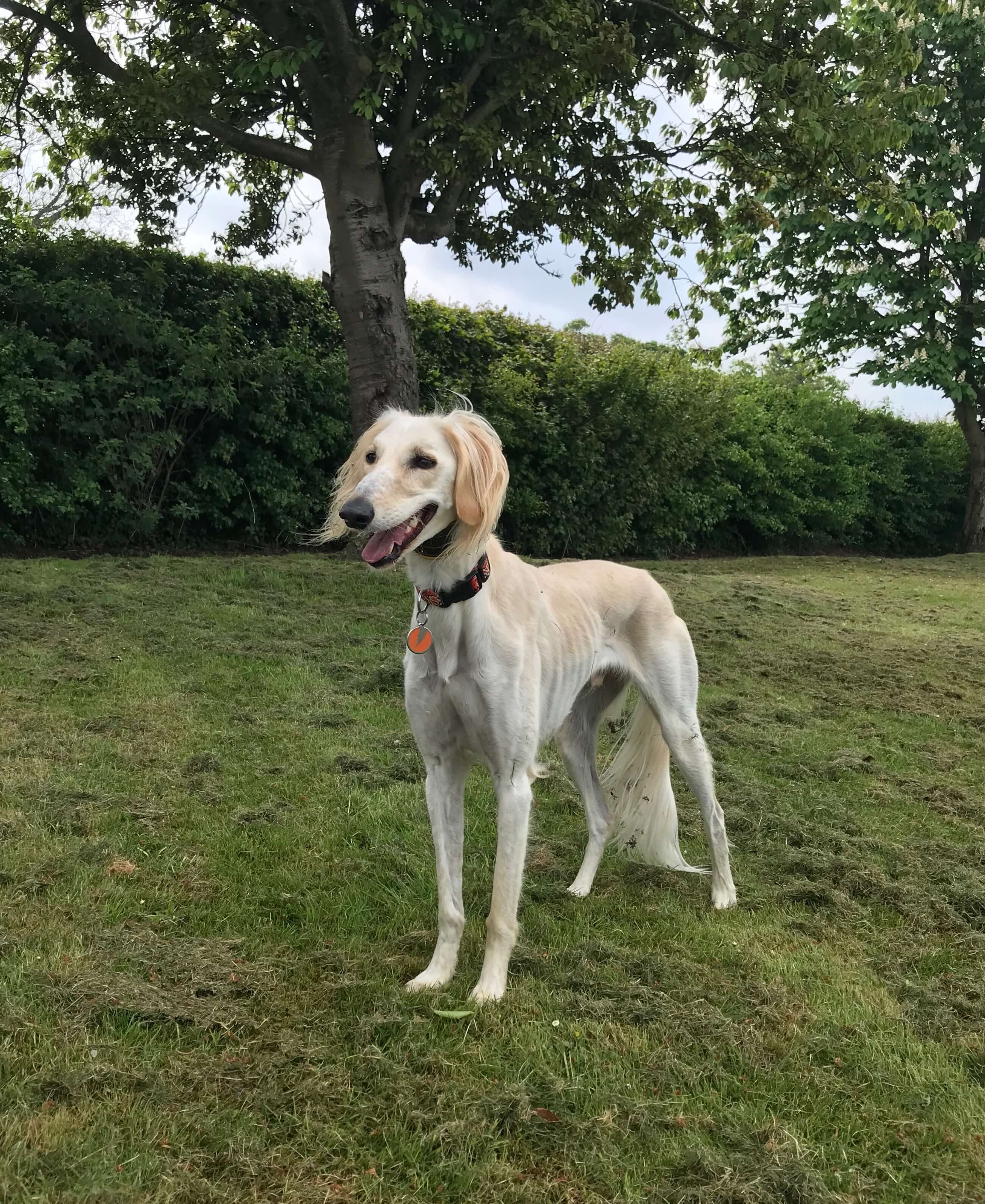 Sherlock is a saluki, one of the oldest known breeds of domesticated dogs, and joined the Happy Hounds family in August 2015 when he was just over 12 weeks old.

Sherlock has the rather posh kennel name of ‘Fernlark Birra Moretti’ (named after an Italian beer), but as that’s a bit of a mouthful to call out, we named him Sherlock (all he needs now is a deer-stalker hat)!  Sherlock is very sociable with other dogs; he has excellent play skills and is very good at interpreting dog body language and communicating with other dogs.

Sherlock’s training is on-going and, like Ava, he enjoys trick training, clicker training and fun scentwork. 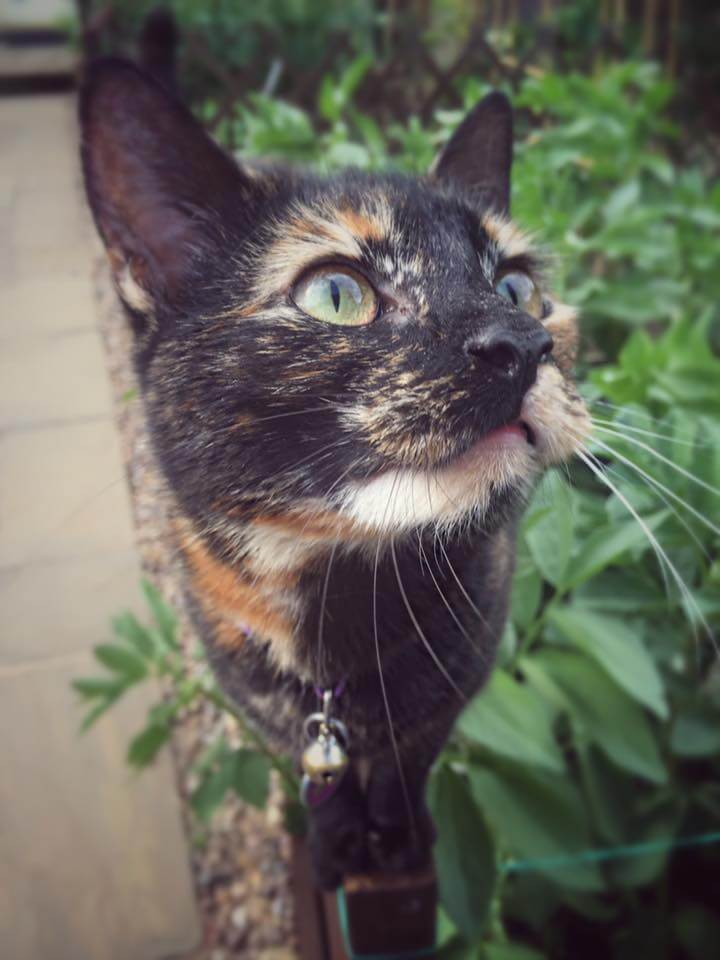 Matilda (also known as ‘ninja kitty’) joined us in March 2016, as a little bundle of tortie loveliness. She is an ‘honorary’ happy hound and is a lovely cat, who has a very loud purr and enjoys her cuddles. She has also earned the nickname of “TH” (Trip Hazard) due to her penchant to winding around my legs when I’m making my morning cup of coffee.

She is exceptionally friendly and is very confident around the hounds.

Dobby joined us in October 2018, as a foster dog from Forever Hounds Trust.  Dobby was found as a stray in Ireland and was probably used for illegal coursing.  He is a Saluki x Greyhound and soon won our hearts, meaning we joined the ‘failed foster’ club when we adopted him on Christmas Day 2018!

He has settled into family life extremely well and loves running with Ava and Sherlock. He enjoys training sessions and loves his food rewards and cuddles.